Till mid of the 20th century, the site area was a farming territory in Benfica, northwest Lisbon.
A water stream (Ribeira de Alcântara) provided plenty water to assure fertile lands. Water streams and fountains were a landmark. Fonte Nova (in eng. New Fountain) became the popular name from witch the area was known. The site was crossed by an important road in Lisbon’s urban fabric: Estrada de Benfica.
In the sixties, the radial city road (2a Circular) was built. A flyover of 2ª Circular divided the site in half. This condition had a big impact in the area: the farms were destroyed and the continuity of local roads and pathways was broken. Over the years, the site became a parking lot, and end up using all the space available. For 50 years, the massive presence of parked cars was the main site feature.
In 2015, Lisbon City Hall, released an urban development master plan to improve the city neighborhood’s squares: “Uma Cidade em cada Bairro”.
The project area was 3,5 hectares and the strategy was to define an extended paved area that aimed to re-establish the connections lost when the parking lot and flyover was built.
This operation was an opportunity to reduce in 50% the parking lot area in favor of soft mobility and leisure spaces. The project aimed to be attractive to people from all ages, to be inclusive, friendly and casual. The use of space can be active or contemplative. The public space should be easily understood by all.
The square design takes advantage of the existing trees – tipuana-tipu. The forest was conserved, keeping all the specimens, giving them room to grow. The tree’s shadows and clearings became an important site feature.
The pavement is in concrete, in specific locations it’s punctuated by leisure spaces in the form of “islands”.
Inside each of these “islands” different activities take place. There are kiosks and terraces, a fountain, a dog park, a playground and two garden areas.
The islands forms are limited by concrete bench boundaries. There are 4 bench types: straight, curve and 2 types of individual seats with different back angles.
The area covered by flyover is lit during the night allowing 24 hours of multiple activities, protected by the sun and by the rain.
The materials are resistant and easy to maintain. The choice was to use materials common in Lisbon’s public spaces like the popular “vidraço” stone or granite suitable for each activity. In many cases it was possible to clean and reuse pavements found onsite like, in one “island”, where a pavement with a sixties design was totally reused. The road lanes were modified: the car lanes widths were reduced to lower car speed and the bus lanes were planned for better performance.
The sidewalks width increased for pedestrian safety and comfort and suitable for special mobility needs. A bike lane was implemented connected to Lisbon’s bike lane network.
For night use of the public space, it was installed a new system of LED street lights. A warm tone color light faces the ground and a cooler tone light faces the tree’s crowns.
Because of the intervention area with a large extension, the construction works were made by phases. This strategy allowed, on one hand, to decrease the impact of the works in the user’s daily lives; on the other hand, it was possible for the users to gradually get to know the renovated space and use it.  Pedestrian circulation became more fluid and safe, protected and away from the car circulation.
People gather around the “islands”, sitting on the benches. The “islands” are perceived as visually interesting. Depending on the weather, people, alone or in groups, look for shaded or sunny areas to sit. When alone, people tend to read, or relax under the trees. When in a group people tend to sit in informal ways, facing each other’s to talk.
The benches around the “island” areas, the playground, dog park, and the coffee terraces on the area became gathering spots.
The new street light system, especially in the flyover area, improved a sense of safety and more and more users from all ages use the space at evening and night times.
Before the intervention, the neighbourhood lacked a space of public social interaction. Praça Fonte Nova is gradually becoming that space. A space that welcomes all, a place of freedom and safety, where a sense of community takes place. 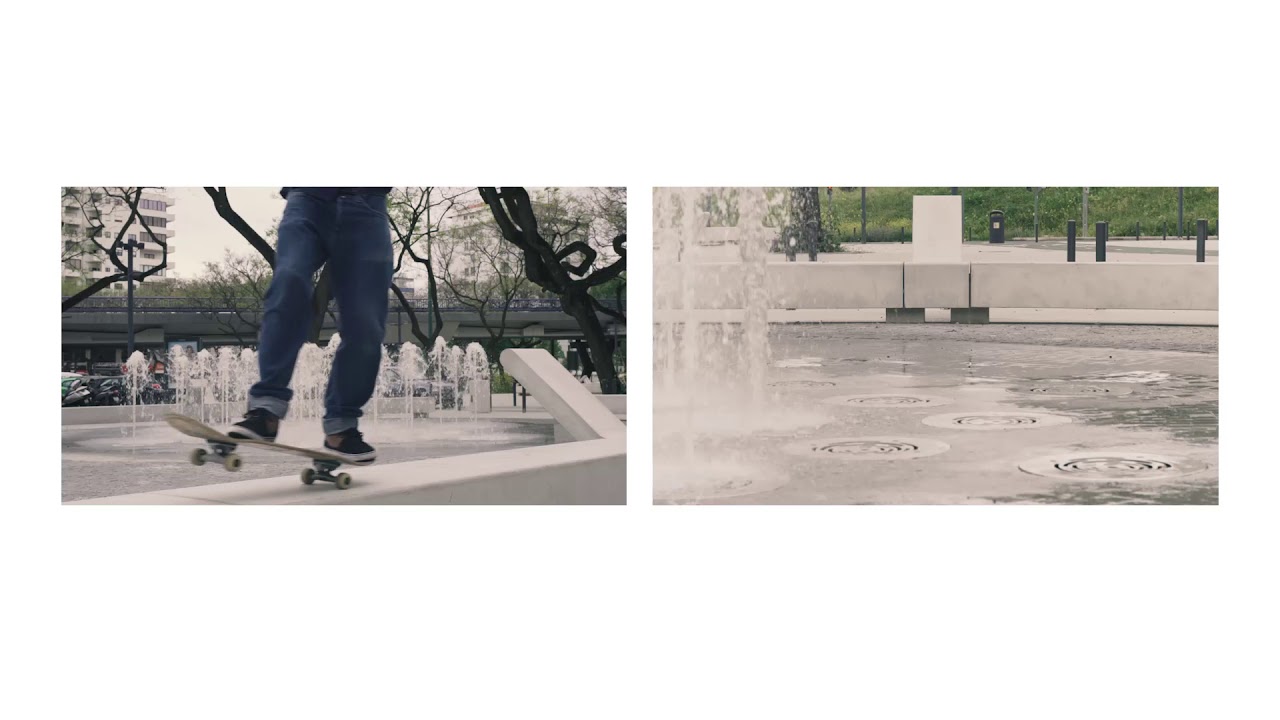